Save this for later!

A lot of bloggers and website owners are in Facebook groups that promise that you’ll receive traffic as a result of sharing within these groups. I’m someone who has been an active member of many Facebook groups and who lives on the Internet (as my husband jokes).  I’ve wondered are these social media share threads worth my time? Is there a real impact on my traffic if I dedicate several hours to these threads? Is there a benefit from moderating Facebook groups or participating in blogger Facebook groups?  Well, I’ve measured it as we’re about the numbers here.

I’m part of a lot of blogger groups.  A lot of them are terrible and I’ve left them after seeing people link drop and runaway.  If you see something allowing people to share 1-2x times a day happening, this group is not worth your time as people are unlikely to reciprocate your shares. (I recommend leaving!)

The main upside of blogger groups is that you connect with other bloggers. Unless you’re blogging about blogging, who cares?  As Sophie and I are both travel bloggers, we’re in several groups that we’ve met nice people through.  I’ve met some lovely bloggers as a result of several blogging groups and I credit the groups for connecting us.  However, the reality is that most of these “community” groups are not good for traffic and it’s not time efficient unless your goal is to connect with others or discuss blogging itself.  This is time that you could be working on SEO and your own website.

At least in the travel sphere, even if you give people DETAILED advice about what to do and where to go, they almost never link to your website. It’s happened twice and I’ve had my blog for nearly 2.5 years ago.  It’s deeply frustrating as many fellow bloggers read your blog in detail and go to the places that you recommend, but they never credit you on their website. Instead, they publish a similar post with all your recommendations without an ounce of credit. 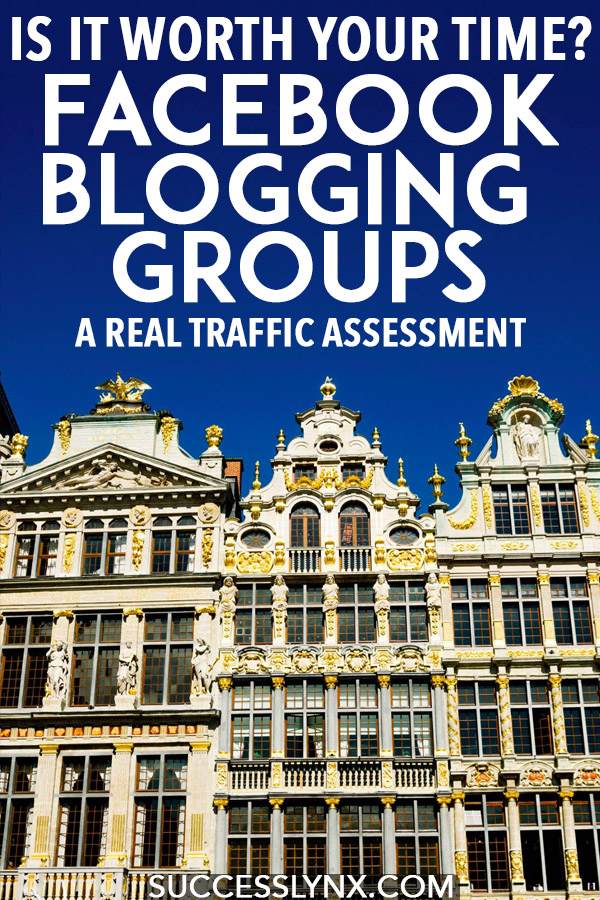 Several groups that I’m in on Facebook have a designated share day. I’ve been regular in sharing in one group in particular for a while. As a result, I usually got a quite good response from others who would share my post on social media with the expectation that I’ll share theirs next.  On average, I would say that I spent at least two hours per weekend reciprocating shares.

Last weekend, I was in Belgium visiting a friend of mine and we had a ball celebrating with Belgium as they won the World Cup match! As a result, I didn’t post in this group on the designated share day as I was just too busy having a blast.  Thanks to my day off, I actually have a recent comparison comparing a day that I was very active in promoting a post and a day where I did not post at all.  To be fair, I’ve been investing heavily in SEO with heavy hitters almost every week.

READ  Bad SEO Writing: What not to do and how to improve your SEO writing

It’s important to know your audience. I don’t write for a blogging audience on my main blog and I often write about very niche places.  Although I try to write in a way that engages with people may not be excited about seafood in Zeeland, the reality is that I write for a niche market and 99% of bloggers in my groups aren’t part of my niche.  Why bother as they’re not going to book a hotel room to do a self-guided history tour of a small Dutch city?  The people that I write about will go and they might even use my affliate link to book a hotel room.

My page views were up by 9% this past Saturday when I was offline compared to the previous Saturday when I was very active promoting my link.   I saw that sessions from social media was down 7%, however my organic traffic was up.  Despite getting 28 “likes” on my post and around 30 shares (where the person expected me to reciprocate or I shared theirs expecting the same), I didn’t see much of an impact.

As a result, I’ve actually decided that I’m going to cut back on participating in this group (and similar groups) as SEO has the power to bring you traffic when you’re too busy to promote.  (This post is filled with photos of Belgium as I must thank Belgium for showing me that I don’t need to use my time on social media like this.)

I’m in several groups where there is a daily sharing thread.  It generally is pretty link spammy and I’ve had a couple of people leave comments as a result of these threads, but absolutely nothing really.  I’ve stopped doing these threads all together. 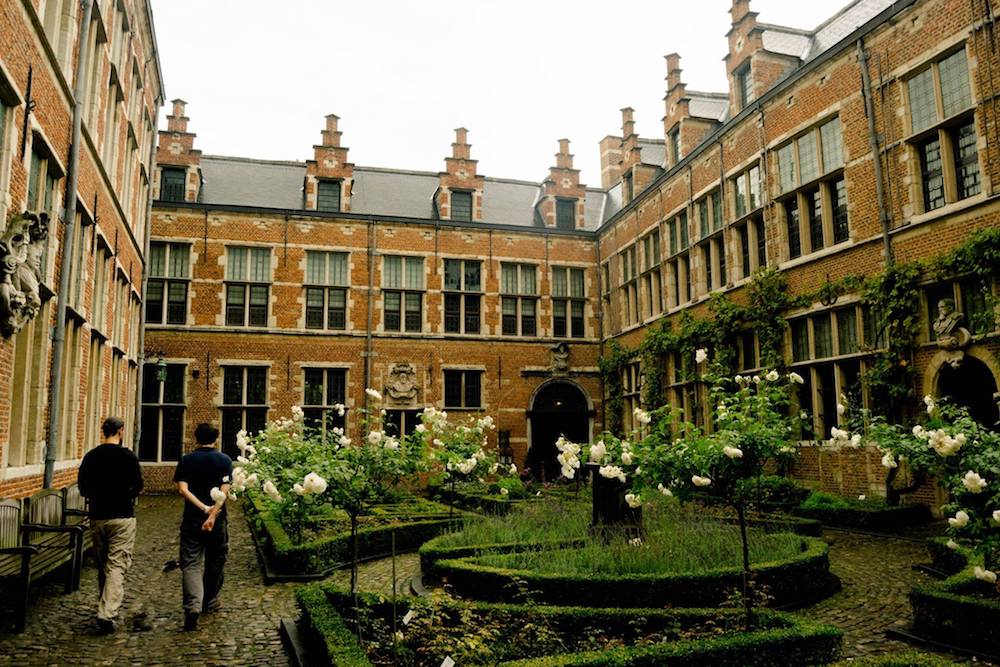 On a related note, you might be considering moderating a group as it might be good for traffic as it builds your reputation within the community.  Yes and no.   I used to be a moderator of a Facebook group.  I do not recommend this to anyone who thinks that this is efficient use of their time or something fun.  Unless there’s a specific reason that you want to do this (getting paid/shout outs to your website), don’t do it for the sake of it like I did.  You might enjoy a group, but it changes when you need to patrol it like the police.

It’s one thing to run your own group as you see that there’s value in it, but it’s another to help others run a group that you’re not an administrator of. That is something that I would not recommend as time efficient unless you get special perks (e.g. money or promotion of your website).  The thing is that you will build your reputation, but it’s hard work without any rewards generally.

It’s important to note that Facebook groups can be very valuable for your core business and connecting with others in your area. The main reason that I would say that it’s worth having a Facebook group is to be able to promote your own stuff without penalties from administrators and to set the rules yourself.

It’s good to mention that a social media platform can thrive–and then the next day it gets shut down.  This has been the case with Klout, Stumbleupon, and Vine.  A lot of people have put their eggs into one basket on the existing platforms, including Facebook, Instagram, and Pinterest. This is dangerous.

I believe that social media will continue to be influential although the platforms will change (we’ll see about IGTV), but you don’t own the platform–and you can’t control how the algorithm treats you.  I’ve seen happen with many Instagrammers who have powerful numbers on Instagram, but barely anything on their blogs, who have seen their likes drop after yet another algorithm change.  A lot of people are saying that Instagram will be the next to burst…. If any of these are your main platform, work on your blog.   Note: Youtube is not discussed here as this is not something we’re knowledgable about. 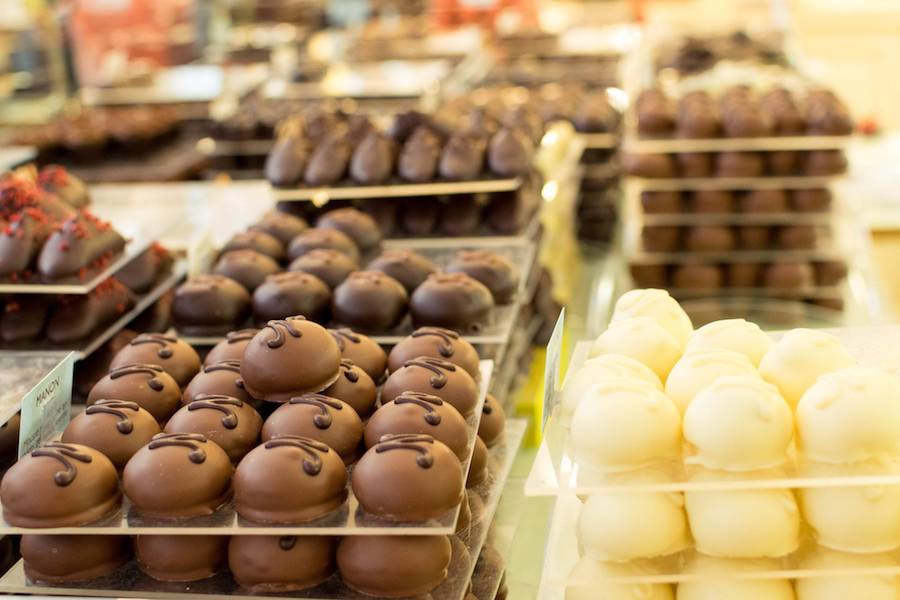 I actually get a lot of traffic from Facebook although it’s irregular.  However, this traffic is not from sharing threads, but rather relevant bodies (such as tourism boards and companies) sharing my posts with their audience.  This is really nice as I generally have to do nothing and it can generate a lot of traffic interested in the topic that you just wrote about.

That said, I found the Facebook commenting, liking, and sharing threads to be a waste of time.  I measured the impact and it was null.  I was also annoying my friends who would see me commenting on various posts.  One of my closest friends actually told me that she’d unfollow me unless I stopped.  (I value honesty in personal relationships.)

I actually have seen a major impact from Pinterest threads.  I’ve cut back after comparing if I saw a difference in my traffic with doing 5x threads per week or just 2x threads per week.  With selecting the right pin, I’ve seen my traffic go through the roof as Pinterest rewards pins that are engaging (people click, pin, or save them).

Unlike Twitter, pins on Pinterest tend to be around for a while, so an old pin that you had shared on the platform two years ago could still be bringing you traffic. (Really!)  We’ll be waiting to see how it changes, but so far, I love Pinterest and the pin groups that I’m in. Pinterest is really good for some posts that don’t well organically, so it’s a nice way to promote posts if your SEO isn’t on point to rank for competitive queries yet.

I spend about 2 hours per week on Pinterest.  In the last thirty days, I’ve received about 32,000 sessions from Pinterest, which is around 41,000 page views.  The only issue with Pinterest is that people are generally saving posts for later and when they do click, they’re coming for one specific post.  The likelihood that they stay on your website is a bit lower (which can impact the pages per session), but it’s generally high quality traffic.

My favorite free Facebook group for learning about Pinterest and Pinterest strategy is Simple Pin Media. You should get some recommendations for good niche Pinterest groups within this group as niche pin threads are better than general ones. 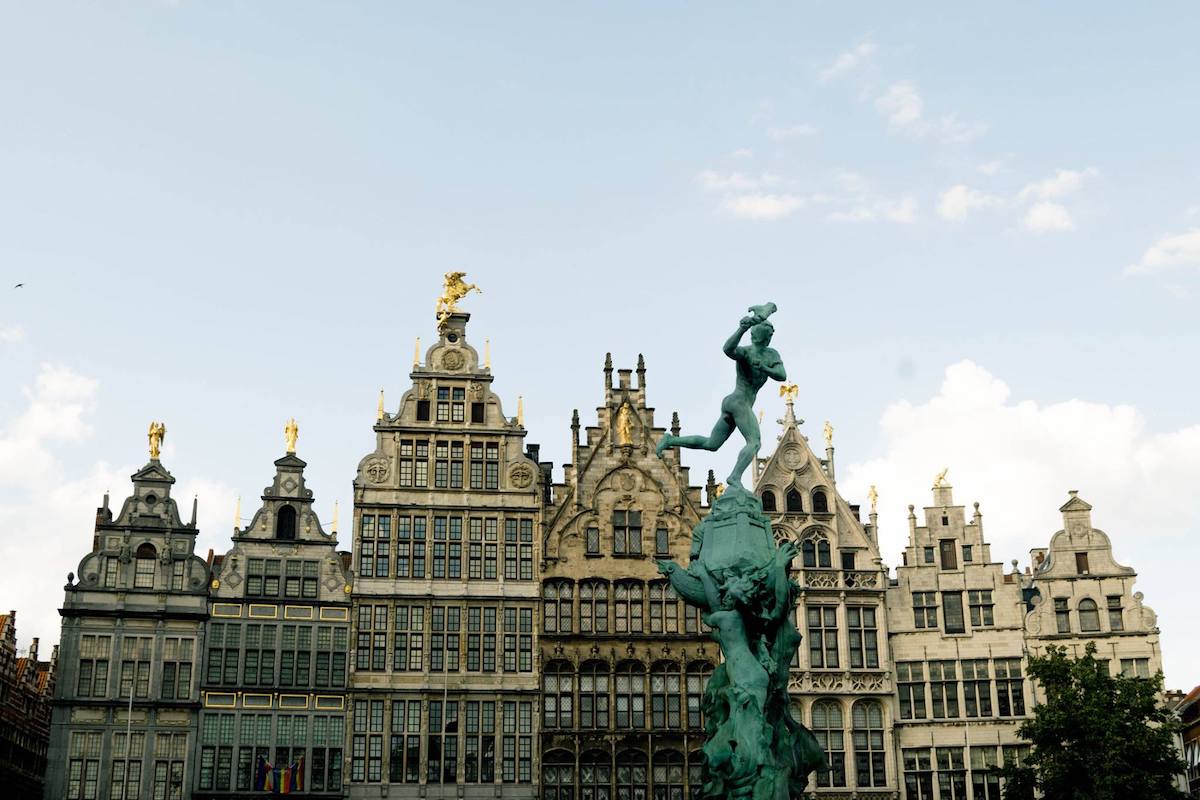 I used to love Stumbleupon in college. I thought that it was the coolest thing.  However, it’s not cool anymore and it’s actually dead.  Mix is supposed to replace it, however I’ve found that the quality of traffic to be quite low. People generally are looking for something fun to read and they’re not committed to your topics, so the bounce rate is quite high.

I’m curious to see how Mix plays out, but even with several posts that went viral on Stumbleupon, I never felt it was worth it beyond a minor boost in page views mostly from the United States.  I’ve already experimented a bit with Mix and so far, I’ve been a bit underwhelmed as it’s not reached critical mass yet and it’s very similar to Pinterest.

Flipboard can be worth while. My husband loves Flipboard and reads regularly on it.  There are over 100 million users of Flipboard, myself included, and the kind of people who use are ones that really enjoy reading about niche topics as well discovering new relevant articles.  One viral flipboard post can make your website explode if it gets featured on a big public board, so really consider doing the threads as a lot of people I know have seen results from flipboard although there is some time involved.

TLDR; No. There are several groups that are legitimately good for traffic, specifically for Flipboard and Pinterest, however on a whole, you’re wasting your time on social media. Focus on your own stuff instead. (Sorry!)

Previous Post: « Blogging Isn’t Dead: Why Your Business Still Needs A Blog in 2018
Next Post: Writing clickable titles: How to optimize your page titles for SEO and social shares »

Join my Facebook group for insider SEO tips and to get answers to your SEO questions!